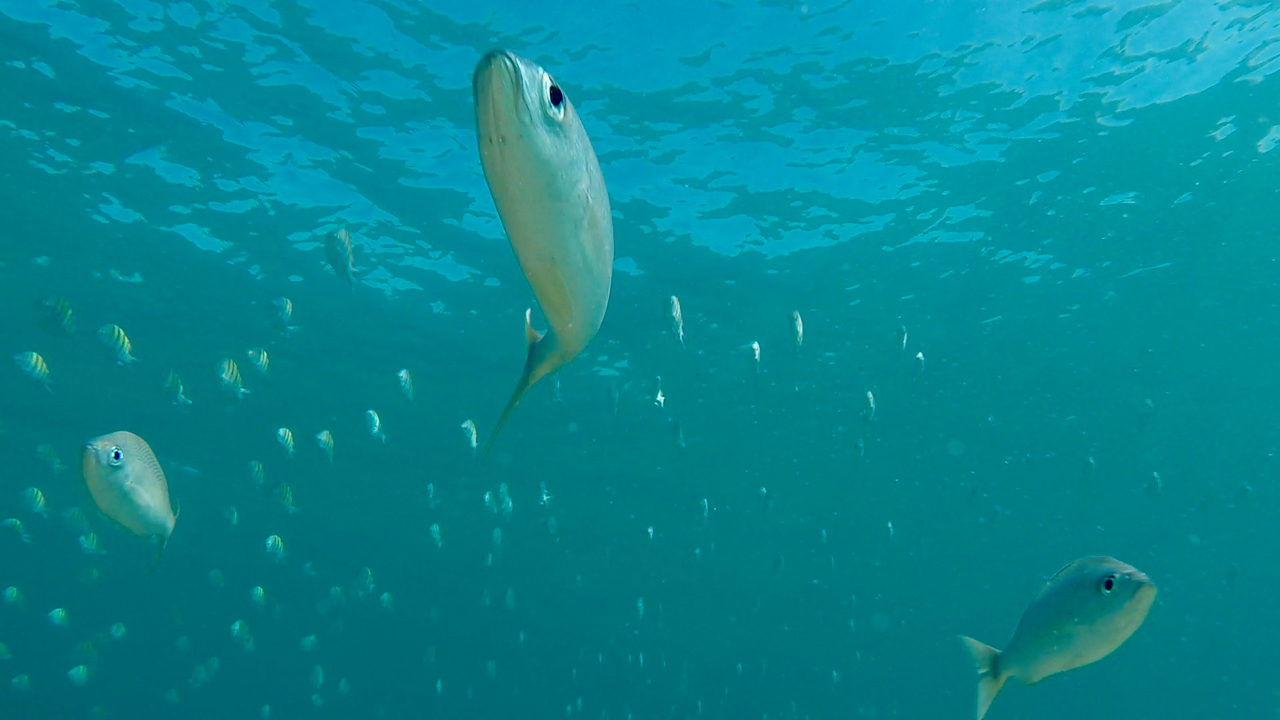 We motored from Honeymoon Cove to Bahia San Marte to charge our batteries and arrived in the afternoon. It’s a beautiful place, surrounded by reefs, which we’re able to spot because of the breaking waves. As the sun sets, we’re approached by a panga with three pangueros – fishermen – asking for batteries in exchange for fish. Ok! We’ve heard about this happening but this is a first for us and we’re dying for something fresh to eat. We get them four batteries but, in the eager exchange, I accidentally drop one into the sea (Note: always exchange things from boat-to-boat over the boat, not the water). Sadly, the fishermen did not return the next day as promised.

The snorkeling here made up for that. The first spot we tried was a dud with no visibility or fish, but the next spot was mind blowing. It’s like we stumbled upon a fish city where none of the fish were too concerned about these two giants swimming among them. Giant parrotfish, hogfish, triggerfish, dorado. Hundreds and hundreds of fish going on about their day. We spent hours in their world, just watching. It was incredible and like being in an aquarium.

One year ago: Almost