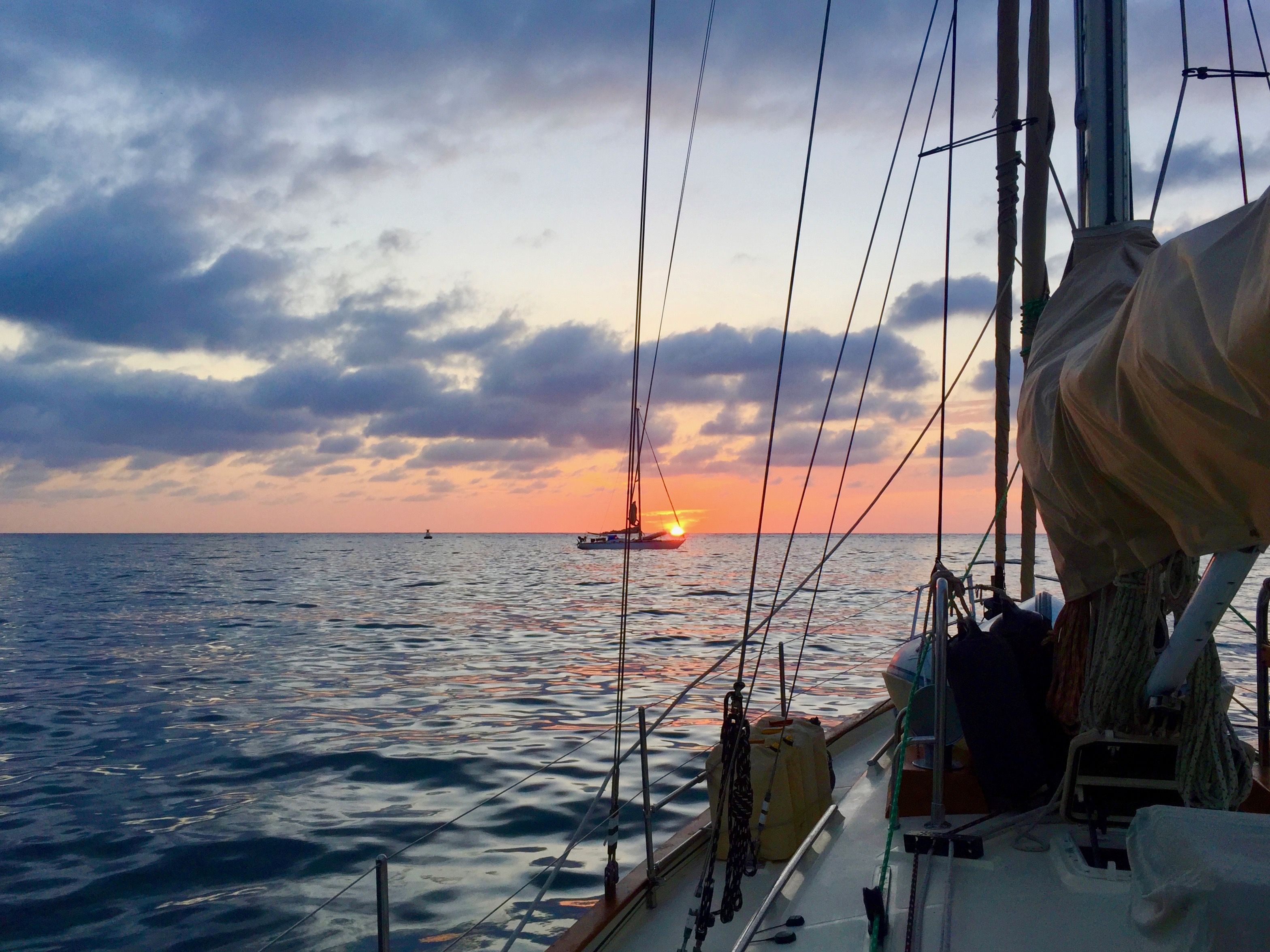 We left La Cruz in the morning and motored all the way to Chacala. Scott was really nervous about this anchorage as this would be the first time we’d have to use our stern anchor to keep the boat pointing into the swell. After hemming and hawing and at one point diverting away from Chacala, I convinced him to just give a a try. There were three other sailboats when we arrived and, due to the tricky current, it took us four tries to just get our bow anchor down between two boats without being rudely right next to either of them. When we finally anchored we backed up (not directly backwards since Juniper isn’t really controllable in reverse) and successfully dropped our stern anchor overboard. Scott did it! High fives all around!

Those high fives were given out prematurely. As day turned to night we learned that we didn’t give our stern anchor enough scope and Juniper ended up broadside to the swell resulting in us having a lousy night of fitful sleep.

At dawn, we tried to quietly correct our problem but Scott didn’t feel confident about fixing it so we upped anchor and headed towards or next destination, Matanchen Bay. Well Chacala, you were pretty! Wish we could have explored a bit!

We motored our way to Matanchen when we saw a whale breach four times! Horray! A first for us! And later on, we were joined at the bow by our dolphin friends. What a great day!

There were five other boats in Matanchen Bay, but this place is so big that we’re all so far away from one another. I finally get back to my Net Control duties on Amigo Net the next morning and am super excited to once again facilitate check-ins and read the weather report.  That said, we’re not too excited about being here. We woke up early to find a bunch dead bugs and bug wings on deck. Come to learn from Dan on SV Karvi that they could be termites. Whaaat? We have a lot of wood on deck so this isn’t what we want to hear. The good news is that the deck was covered in dew so I wiped down all the wood looking for damage and found none. We looked the next morning and found no damage but it was time to get out of here and head to Mazatlan.

One year ago: Ensenada to Cabo