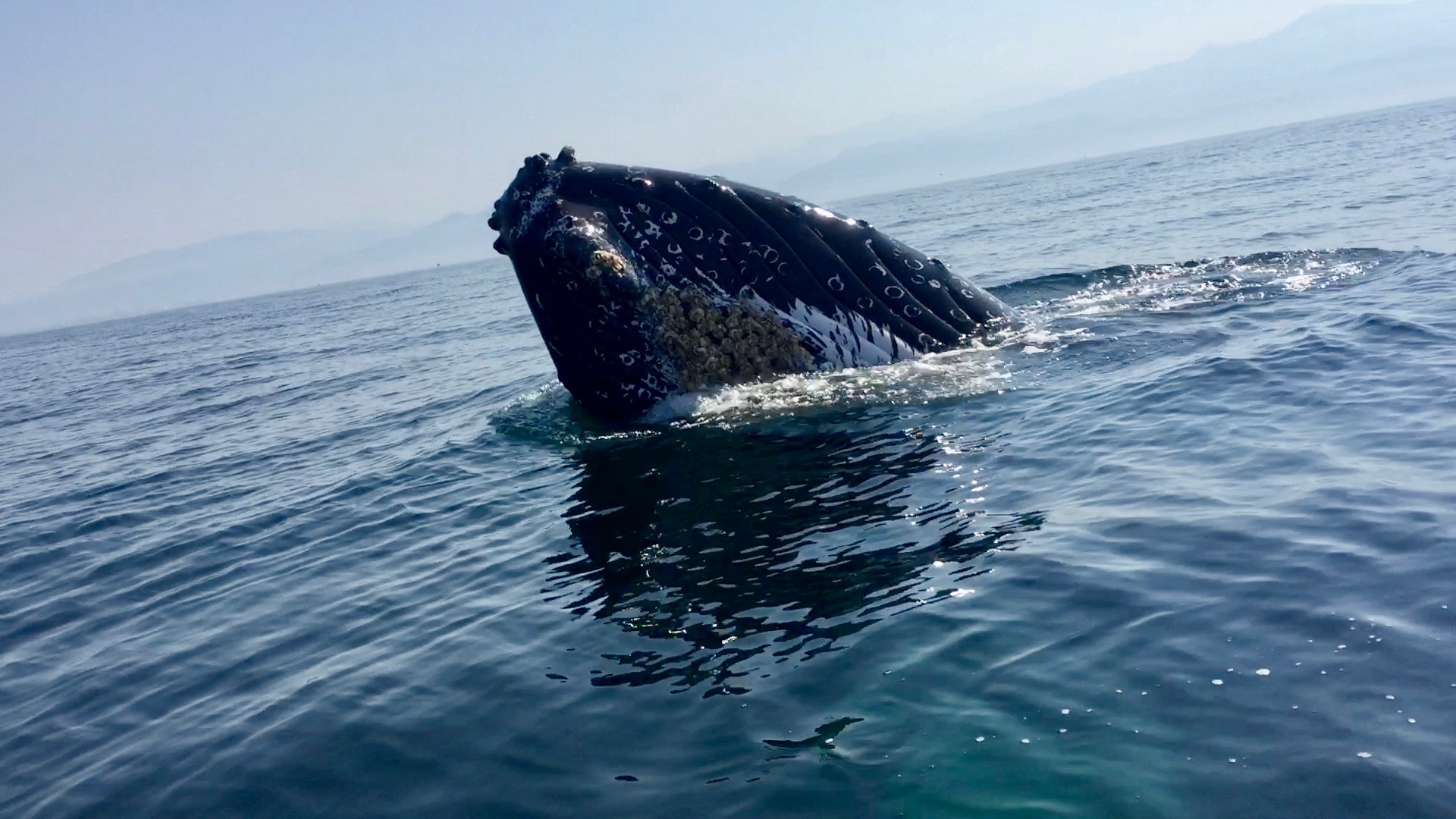 The forecast for our passage to La Cruz from Mazatlan called for it to be a wind-filled sailing adventure but aside from a brief moment outside of Mazatlan, it turned out to be one long motor slog through dead calm waters. Not ideal, but it ended up working out because whatever hesitation Scott and I had about running the motor for extended periods of time vanished after 30 hours of motor sailing.

Sam relaxing in the cockpit during a passage

As we left Mazatlan, we were behind SV Full and By and followed by SV Shannon’s Spirit. They were buddy-boating and we were right in between them. We all ended up sticking together the entire passage with Full and By taking the lead at times and Shannon’s Spirit a good distance behind us. It was our first time being close to other boats for a passage, and it was helpful as Full and By repeatedly hailed us to warn of fishing lines they’ve spotted.

The only hitch in all of this was a strong diesel smell a few miles outside of La Cruz. Upon our arrival we found a cracked fuel line spraying a light mist. We had a spare on board so it was easy to replace.

We’ve been here at the La Cruz anchorage since December 12th. We went to the Festival of Guadalupe and spent Christmas with Paul and Judy (former cruisers who’ve settled in Puerto Vallarta), SV Due West, and SV Windcharmer. New Year’s Eve we spent with SV Ingenium and their family and SV Tigress II.

At anchor in La Cruz

There’s plenty of marine life here in the anchorage. At night, we often hear whale songs (and sometimes, it’s loud enough to wake us up!), and we have a beautiful Dorado fish (aka Mahi Mahi) who likes to swim around Juniper.

For Heidi’s birthday, we went whale watching and hiked up to a waterfall. We had the most incredible whale watching experience when two humpback whales came over to our panga, and just dove all around, watching us and seeming to want the boat to play with them. It was awe inspiring to be so close to these creatures, and such an adrenaline rush when the whales burst out of the water!

We initially planned to leave La Cruz for points south after the new year, but we’re upgrading our solar panels instead. This is our first experience cruising during the winter (we were at the marina all winter last year) and our combined 160 watt solar can’t meet our energy demands, small as it is. So we’re sticking around and upgrading solar vs going south to Tenecatitia and Barra de Navidad. While we’d like to check those anchorages out, better solar would really help us out with our longer term plans.