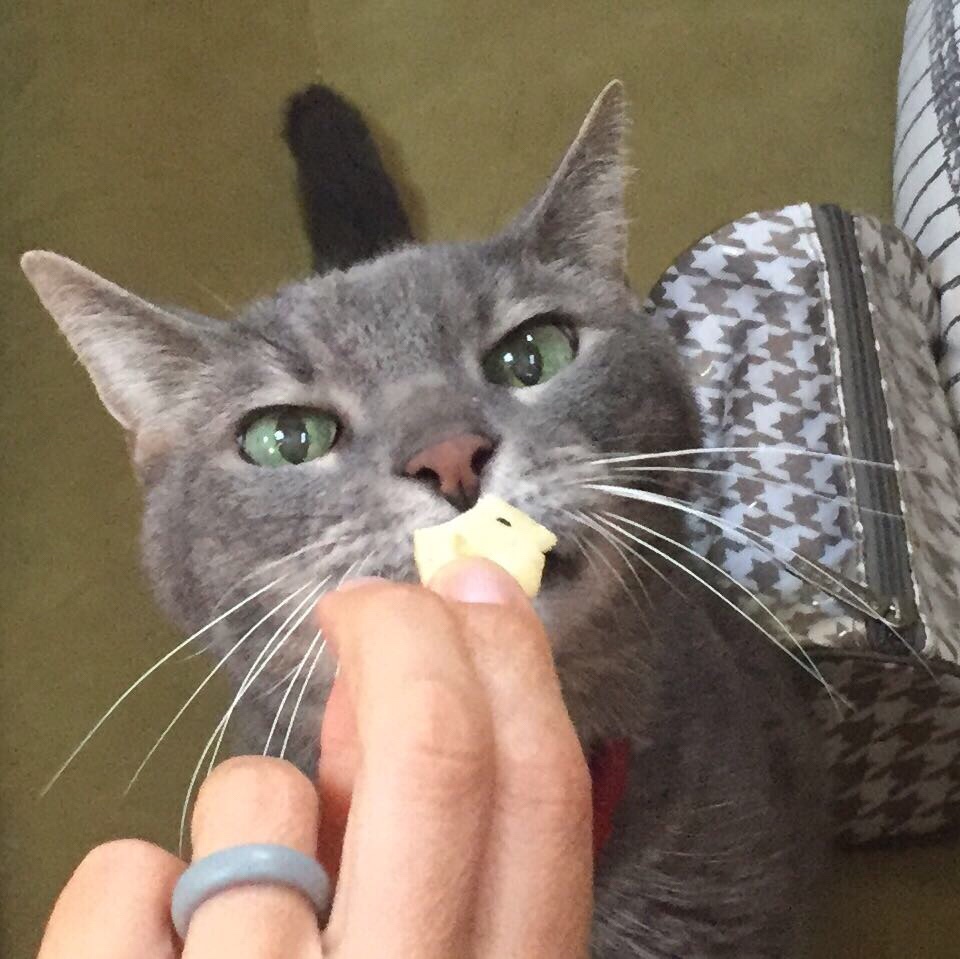 Spending time in La Cruz hasn’t only been about eating churros. We’ve been here 1) waiting for the weather to shift so that we can go back north to the Sea of Cortez 2) doing some boat work while we wait, and 3) tending to our ailing sailing kitty, Sam.

In the winter and early spring months, cruisers in Mexico tend to do a few things, depending on their plans. Some cruisers stop here in Banderas Bay and continue south, often to Panama. Others do the Pacific Puddle Jump to French Polynesia, and some wait for the weather to shift and go north into the Sea of Cortez. We’re in the latter camp this year, awaiting the shift in winds to sail up north.

Scott went up the mast a few times. First to wash and grease our mainsail track to make it easier to bring our mainsail up and down. Next, he went up and changed our spreader lights from amp-hogging  incandescents to energy-saving LEDs and they’re very nice and bright.  Finally, Scott went up to the very top of the mast to bring down our wind instrument to test it out, confirm that it indeed died on us, and then went back up with a new one.

At the very top

We had workers from Marvel Boat Services waxing the topsides and hull and had them give Juniper two coats of varnish. We do not recommend them. They did a very sloppy job on the varnish, left a lot of ripples and holidays, and spilled varnish on Juniper and didn’t properly clean it up. I had to redo our starboard cockpit combing because there were so many ripples.

In between eating tacos and churros, we fixed our wash down pump, serviced our outboard, cleaned out our food lockers (and rediscovered booze we bought back in SF), defrosted and added new refrigerant to our freezer/refrigerator, and now we need professional help with our next two projects:  installing our new solar panels, and fixing our electric winch. We might have to punt on these projects as the company that works on these things here in La Cruz is slammed.

Reaching for the washdown pump

At this point in April, the weather has shifted, but the main reason we haven’t yet left La Cruz is because Sam is very ill. When we were back in Miami for the summer he was diagnosed with hyperthyroidism and he was prescribed medication to manage the disease. Unfortunately, the medication – which is the most popular kind used for treating hyperthyroidism in cats – has some really nasty side effects, such as nausea, vomiting, lethargy, inappetence and Sam has suffered from all of these. Since the summer, he’s lost a lot of weight and since February, he lost even more. It’s been a daily struggle to get Sam to eat food, and we had a smorgasbord going, but what flavors he liked one moment he disliked the next until it reached a point where he stopped eating entirely. Cats can’t go more than a few days without eating and over the Easter weekend, we were pretty certain we were going to lose him. Sam’s condition has since stabilized, but he has not recovered. I’ve been syringe-feeding Sam, because otherwise he won’t eat, and we’re taking it day by day and hoping that he gets well, but his prognosis isn’t very good. Thankfully, there’s a vet in La Cruz and we’ve been taking Sam there once or twice a week for bloodwork, subcutaneous fluids, and exams.

Scott and I have been in crisis mode for a while now, and the mood on Juniper has been pretty subdued. We’re keeping busy with projects, but it’s really heartbreaking to do all we can and see Sam’s health decline. We’re all hoping for a turnaround.

Here’s a cute picture of Sam going cross-eyed for food, from December, just to not end on such a sad note: