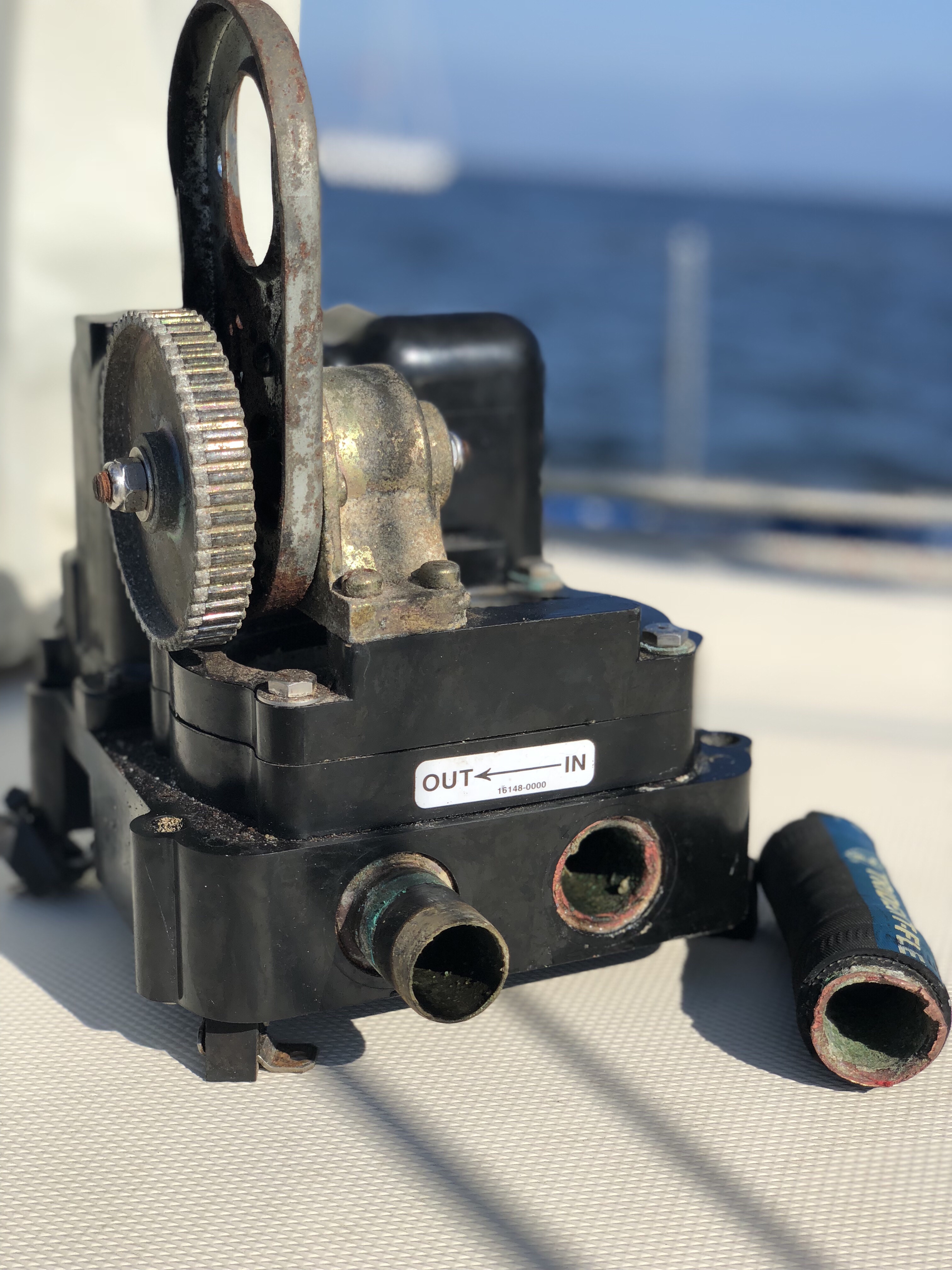 We were all set to go. But you know the saying, “cruising is doing boat work in exotic places?” La Cruz is far from exotic when you’ve been here as long as we have.

Solar was up and running, we provisioned, our slip neighbor Travis on S/V Brighter Days made us some ribs for the passage, and we had a weather window.

And then things started breaking.

We discovered that one of our fuel tanks had a good amount of water in it. The washer in the cap on the deck fill was worn out and I washed the boat a few times since arriving in La Cruz. That would do it! To remove the water would require siphoning out the fuel and running it through some filters (a process called fuel polishing).

All that cloudy stuff is water

Changing out the washer

With that all sorted out and another good weather window available, we left our slip in Marina La Cruz and headed out of the channel and into the bay. Scott and I couldn’t wait to get the sails up, turn off our engine, and start sailing.

As we began raising our mainsail it felt like were hitting a wall. It would just not rise more than halfway. We checked all the reef lines, the mainsail cars, but we could not figure out what was happening. Instead of forcing it, we needed to bring it down and give it a good inspection. And then the sail wouldn’t go down! Ok, that’s not good.

Then Scott increased the throttle and a bunch of white smoke came out of the exhaust. Ok, that’s not good.

And then I went downstairs and found the bilge was running nonstop. Ok, that’s really not good.

We quickly did a U-turn, dropped the hook in the anchorage, and started troubleshooting. Once we discovered that our bilge pump was corroded, we knew we had to give up and go back into the marina.

Once safely inside the marina, we order a new bilge pump from the US and begin to troubleshoot the engine. Of course the throttle control mechanisms breaks, requiring another order from the US.

So there you have it. It’s always something!

3 thoughts on “It’s always something”