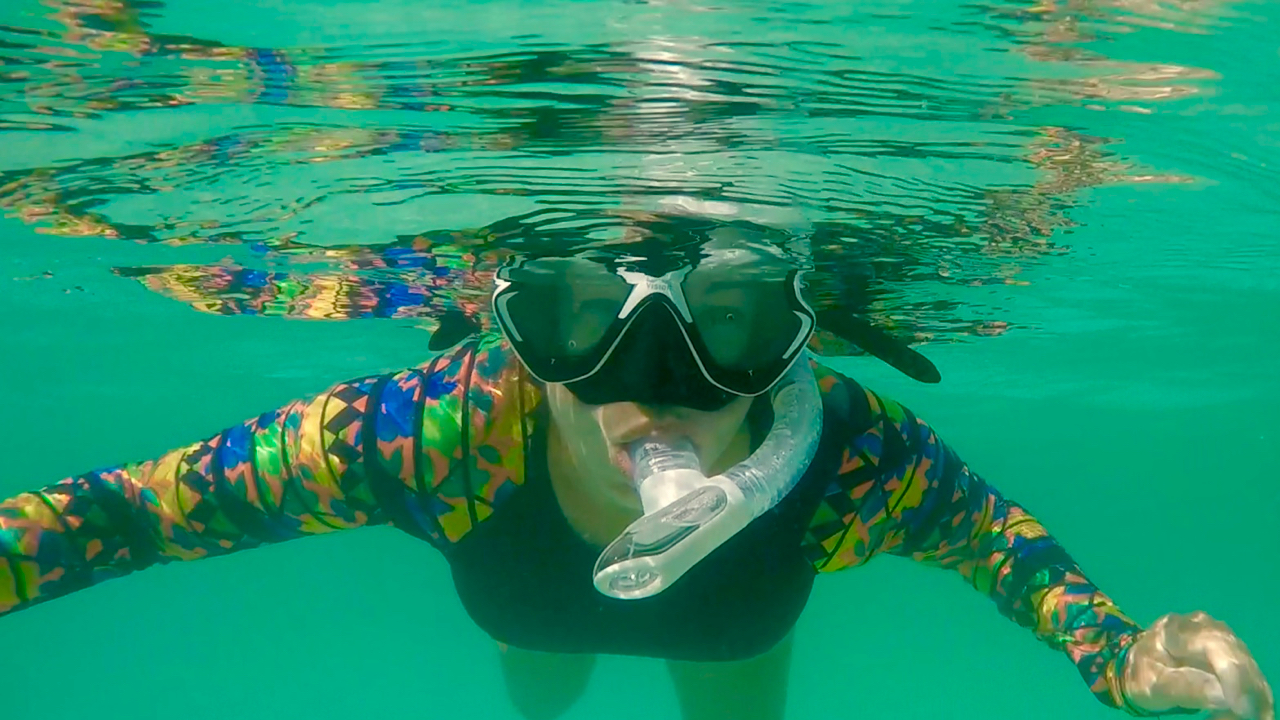 After leaving Puerto Escondito we briefly anchored in front of the nearby town of Loreto to reprovision. At two hours round trip, we were impressively quick. We also bought way too much food and had too many heavy bags to carry back to the boat. Scott filled his comically large backpack full of beer and beans and was buckling under its weight (I should have taken a picture!). It was at that moment that we were offered a ride and, for the first time in either of our lives, we accepted a ride from strangers (sorry mom and dad!). A huge thank you to Gary and Mel, fellow boaters, who not only drove us back to the dinghy dock, but drove all the way to the end of the pier in their 4×4 so that we wouldn’t have to lug our bags any further in the heat! Then, while we were loading up our dinghy, a fisherman offered us two bags of ice! I cannot stress how unbelievably hot it was that day and how thankful we were. We were beyond ecstatic and once we got back to the boat, quickly filled our cooler. Ahh the joys of ice cold drinks!

By the time we arrived in Isla Coronado, we were wiped by the heat and our earlier errands and were greeted with 20 knots plus of wind. For a while, we and another boat were the only two there but as the afternoon went on, we were joined by other boats, all of which we were quite familiar with if only because we heard them on Amigo Net every day.

The bee struggle here in Isla Coronado is real, folks. We heard on the net that people were inundated with bees in their cockpits, but thought it was an exaggeration. Nope. We woke up the next morning and they were all over the deck and the cockpit being complete menaces. We tried to tough it out, sitting outside and shooing them away, but they were very persistent in their search for fresh water and would not leave us alone. When we launched the dinghy, they eventually left us alone until we reached the snorkel spot. Then we got swarmed again. I leaned over the side of the dinghy to drop our anchor and made the mistake of sitting back down without looking and sat right on a bee. My first bee sting ever and it’s right on my butt. Sigh. That hurt!

While that was zero fun, nighttime brought us whale sightings, bioluminescence stirred up by fish, and a night sky filled with stars. Isla Coronado is a very beautiful place.

As much as we like this beautiful place, the bees were completely harshing our mellow. Time to head out and over to Bahía Concepción and Geary’s Fourth of July BBQ!