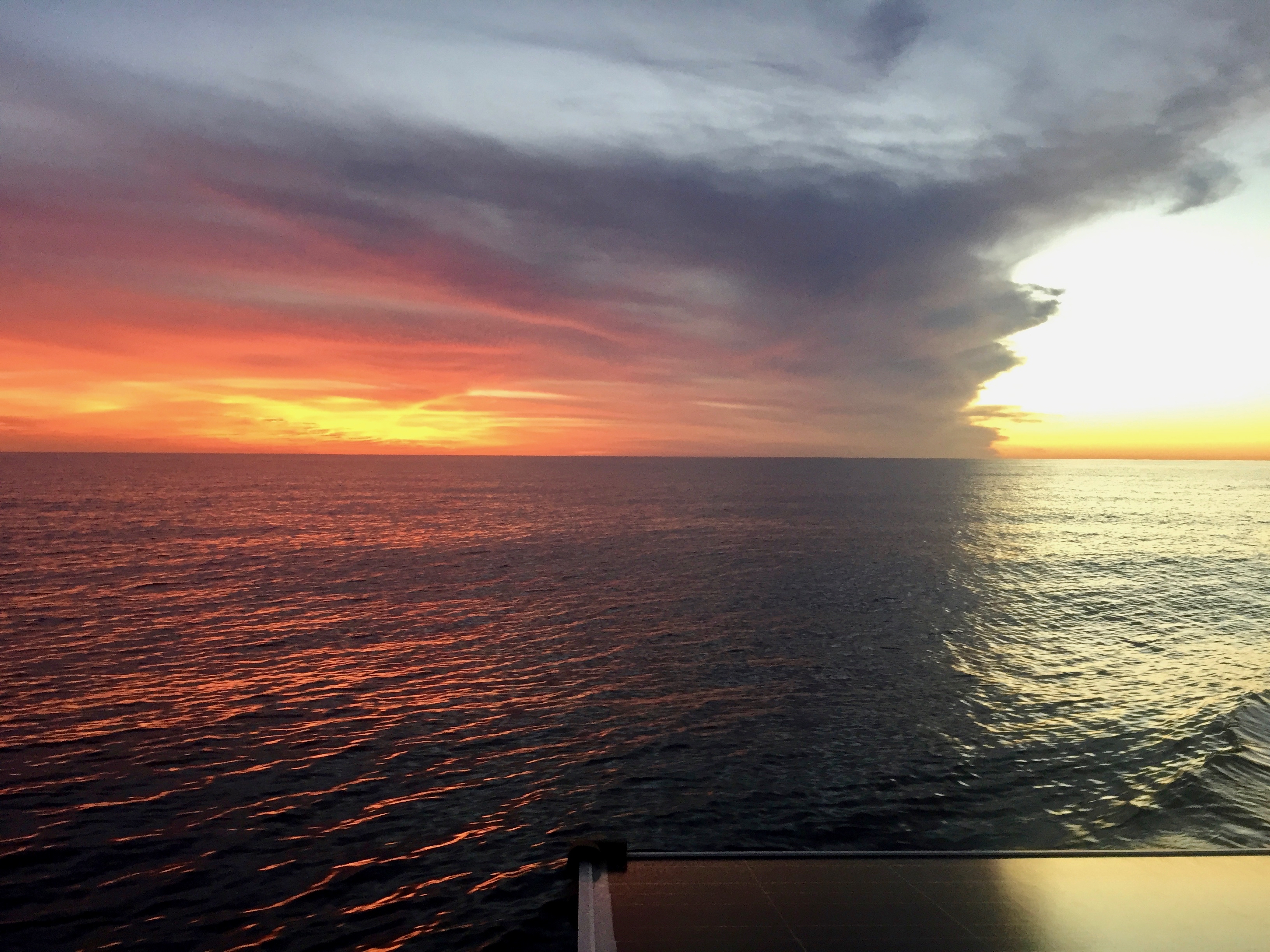 We had a great time in La Paz. First, we got our refrigeration issues sorted and we now have cold beverages and a working freezer! We hung out with our pals Kirk and Heidi on SV Due West,  took care of their gatos, Tikka and Tosh, and made plans to buddy boat across the sea to Banderas Bay.

Before meeting up with Due West, we decided to get out of Marina Costa Baja and anchor out in Bahia Falsa where we could prep for the passage to Banderas Bay.  On our way there, our auto pilot completely gave out. We’ve been having intermittent problems, but this time it was done. As soon as we anchored Scott was trying to figure out what was happening. He changed a fuse and then our wind instruments died.

Without the auto pilot, our passage to Banderas Bay would involve hand-steering, and it was estimated to be a three-day passage. Not something we were looking to take on. Scott dove into the port lazarette and found frayed and corroded wires.

After changing the wires the auto pilot worked! No more “low battery” or “heading not found” messages like we were getting whenever the auto pilot decided to reset. We were ready to go tomorrow morning.

In the morning Scott did his routine engine checks and found the fuel filter half full and mostly full of gunk. Algae in the fuel, we guess. It can happen with the heat and condensation that builds up in the fuel tank if sits around for a bit and not completely full. Scott wasn’t feeling too good about starting a passage like this so we radioed Due West who came by and circled our boat while Kirk assisted via radio.

Finally we were all set and ready to go! Due West gained a huge lead on us, primarily because we were cautious and going slow, and then their lead on us increased even more as we decided to sail with the little wind we were getting. We sailed most of the day into the night, with Due West just a small light on the horizon until we couldn’t see them anymore.

I admit that these passages are my favorite part of cruising. I love the journey and watching the skies the the water.

We arrived early morning to La Cruz and spent a day exchanging passage stories with Due West (who saw the same bank of clouds and took almost an identical pictures) before heading off to Nuevo Vallarta and Paradise Village Marina, where we’d keep the boat for a couple months while we head back to the state for the holidays.

One year ago: Santa Barbara